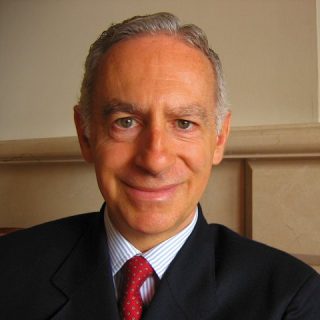 College of William and Mary
SAT preparation, Physics, Mathematics
"We would like to express our sincere thank you for your help with my son's A levels - he has been confirmed a place in the Imperial College London Dept. of Physics."

Daniel followed a career as research scientist in Mathematics and Physics applied to Oceanography in the UK, USA and Canada, which culminated with a summer in Antarctica as senior oceanographer for the British Antarctic Survey (Cambridge). He has two M.Sc. degrees in Physical Oceanography (Buenos Aires, Argentina and Bangor, UK) and a Ph.D. in Marine Sciences (Mathematics and Physics) from the College of William and Mary (Williamsburg, USA).

Daniel taught Mathematics and tutored in Physics at Eton College (Windsor, 2014), taught Mathematics at St. James Senior Boys’ School (Surrey, 2012), and was Director of Education Programme at Win Tennis Academy at Bisham Abbey (Buckinghamshire, 2010). He is an experienced online tutor with near 200 students and 3,000 hours of online tuition in the last four years.

In his spare time, he enjoys listening to classical and Anglican music, reading British and colonial American History, and long walks by the River Thames and Virginia Water Lake.

We just wanted to say thank you for all the help that you have given our son. We have seen not only a big improvement in his Maths but also in his confidence and belief that he can tackle Maths and all his other subjects well.

Just letting you know that our daughter received an A in additional maths, which was the highest grade possible. Pretty fantastic considering her mark in her mocks was a D. Many thanks for your work with her. We are delighted with the outcome.

We would like to express our sincere thank you for your help with my son's A levels — he has been confirmed a place in the Imperial College London Dept. of Physics.