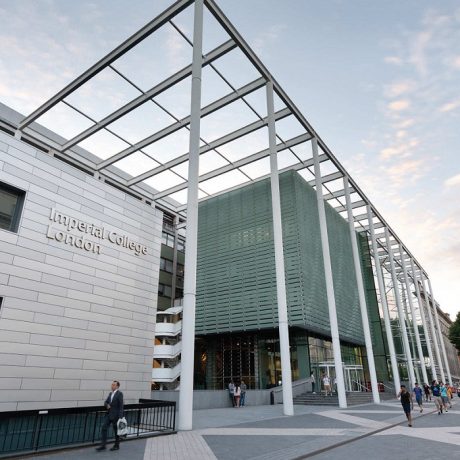 We are incredibly proud of Vera. This August she informed us that that she had passed her A-Levels with perfect scores, receiving A* marks in Mathematics, Chemistry and Biology, and as a result had been accepted onto the Biochemistry programme at Imperial College London.

Vera’s story is one of success against the odds. She moved to the UK from St Petersburg — where she had been studying at the school of Raul Wallenberg International University For Family and Child — when she was 16 years old, and acquainted herself with British life while living alone in the centre of London. As well as being independent and self-motivated, Vera had always demonstrated academic talent, participating in various Olympiads and representing her school in science competitions. She regularly scored top grades in her school subjects, including Mathematics, Humanities and Sciences.

Deciding to study in the UK, Vera scored 8.0 in her IELTS assessment – an extremely high score that showed a level of proficiency in English required by only masters’ degrees at top universities. Since Vera had very good academic results she had a choice of a number of Britain’s top schools, but chose DLD because she wanted to study in London. Vera’s parents fully supported her decision, realising that she preferred the freedom afforded by an urban education over the stricter timetables and more traditional teaching methods found at boarding schools. Vera rewarded their trust in her by proving that she could take responsibility for her own work, and demonstrating that even at a young age it is possible to be academically successful while living independently in London. Vera’s mother visited her regularly, and the family took advantage of UK Study Centre’s guardianship services to ensure Vera’s wellbeing and safety. Thankfully, over two years Vera’s guardian never had any need to worry about her or her schoolwork.

In her last year at DLD Vera chose Imperial College as her first choice university and UCL as a back-up choice in her university applications. Given her abilities and predicted grades Vera could have aimed for Oxbridge, but instead chose two top London universities so that she could stay living in the centre of her favourite city.

We are very proud of Vera’s achievements and results and wish her the best of luck and success in the future.