In this post we’re going to look at a question that combines a number of topics – ratio, time and common multiples – taken from a sample paper sent out by one of the most competitive schools in London.

In this series we look at eleven of the most difficult questions from the 11+ maths exam – and show you how to do them.

The first part of our series, about cows, chickens and simultaneous equations, is available here.

In the first part of this series we looked at simultaneous equations, and how expressing information using variables is an essential skill for any 11+ candidate. Today we’re going to look at a question that combines a number of topics – ratio, time and common multiples – taken from a sample paper sent out by one of the most competitive schools in London. Let’s get started!

Mrs Varma has a watch (a 12-hour watch) which gains 3 minutes every 2 hours.

Ok, so let’s begin – as we always should – by establishing exactly what it is that we know.

So where to begin? Firstly, and this is a good trick for any question about time at 11+, establish a constant. By that I mean establish something that doesn’t change.

The question is, if Mrs Varma’s watch is gradually getting more and more wrong, how can it show the right time?

The answer lies in the 12-hour clock. If you look at the time on a 12-hour clock, you can’t say if it’s AM or PM. You know only that it’s 3 o’clock, for example. And so, if Mrs Varma’s watch gets so far away from the real time that it’s 12 hours wrong, it will be showing the same time as the correct time!

That might be a little hard to understand. Perhaps this will make it easier: 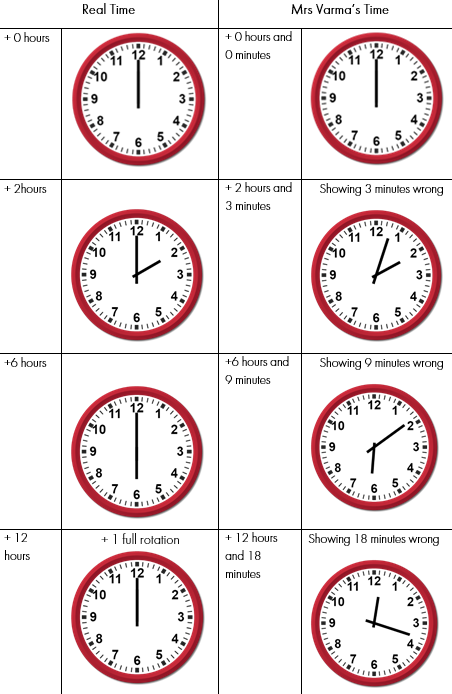 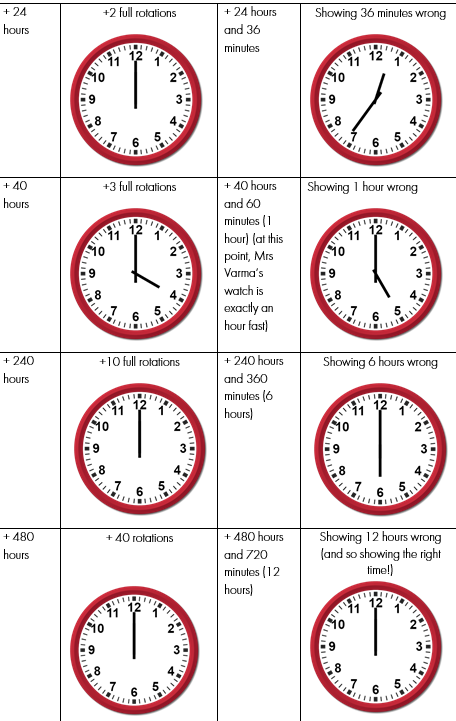 So how do express this without drawing loads of clocks? Well, the answer is ratio.

As is always the case with 11+ maths, we don’t mix units. That means that if we are dealing with hours or minutes, we always go with minutes.

Remember! When Mrs Varma’s watch adds 12 hours it will tell the right time.

That means that every 1200 minutes it adds 30 minutes!

That means that every 2400 minutes it adds 1 hour!

Which means that Mrs Varma’s watch will be exactly 12 hours wrong, and so will be telling the right time, after 28,800 minutes.

Now for the next bit…

b) Mrs Eddison’s watch (also a 12 hour watch) loses 5 minutes every 2 hours. She also sets her watch to the correct time at noon on 1st When will our two watches show the same time?

Ok, so while Mrs Varma’s watch goes fast, Mrs Eddison’s watch is going slow. We’ve established that ‘the same time’ means 12 hours apart from one another. So how are we going to find out when the watches are going to be 12 hours apart?

So we can see that the two watches will be 720 minutes, or 12 hours, different after 180 hours. So how many days is that?

Ok, now on to the final bit!

c) When will our watches next show the same, correct time?

In order to do this final part we need to work out how often each watch shows the correct time.

We already know that Mrs Varma’s watch shows the correct time every 20 days – we learned that in the first question.

So, let’s do some ratio for Mrs Eddison as we did for Mrs Varma. We’re looking to see how long it takes Mrs Eddison’s watch to get 12 hours (720 minutes) away from the real time. 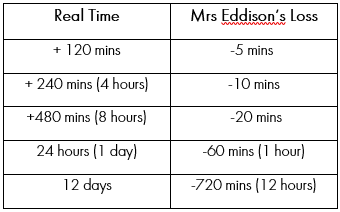 So we can see that Mrs Eddison’s watch tells the correct time every 12 days.

Not easy! But this question demonstrates the power of knowing how to do ratio. When it comes to the 11+, good knowledge of ratio is hugely important. Until next time! 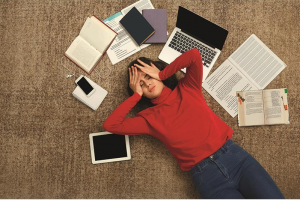 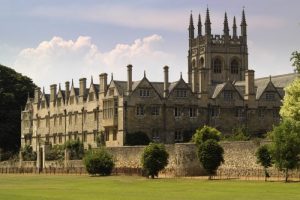 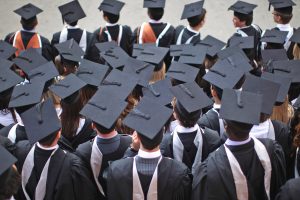 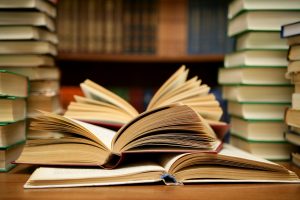